​Studio Z-7 Publishing was established in Minneapolis, Minnesota in 1997 by author-publisher Jeff R. Lonto. But the origins of Studio Z-7 go back almost a decade earlier.

Lonto appeared on KARE-11 television, KMSP Fox 9, the 50,000-watt WCCO-AM Radio, Minnesota Public Radio’s Midday and ironically WWTC-AM, the subject of “Fiasco At 1280,” to discuss the subjects of his books.

In 2007, Studio Z-7 published a third book authored by Lonto, It Happened on the Air, a compilation of articles about radio and television stations and networks that he had written for the Pavek Museum of Broadcasting in the 1990s and early 2000s. In 2010, a fourth book by Lonto, Chronicles from the Analog Age, was published.

In 2010 Studio Z-7 Publishing expanded its scope beyond self-publishing and regional interest books with the publication of a children's book, My Brother...He's an Angel by new author and illustrator Savannah L. Leyde. In 2015, Studio Z-7 teamed up with Smashwords to begin publishing a line of electronic books.

​By the 1990s, Lonto shifted his focus from graphic art to writing. He spent much of the decade writing a book about a Minneapolis radio station, and articles for the Minnesota-based Pavek Museum of Broadcasting. He submitted his book manuscript, Fiasco At 1280, to several establishment regional publishers who expressed interest but nevertheless did not want to take any chances on it. Undaunted, he decided to start his own publishing company. He still liked the name of the production company he once dreamed of and on Wednesday, May 21, 1997, Studio Z-7 Publishing was officially registered as a business in the State of Minnesota.

​Studio Z-7 Publishing is a media resource that specializes in history and popular culture, publishing books and articles on an array of topics, plus nostalgic nuggets from our archive. ​ 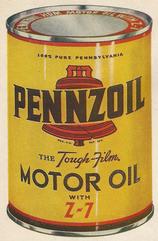 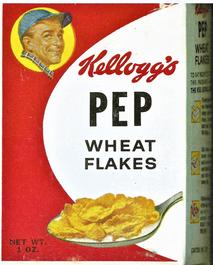 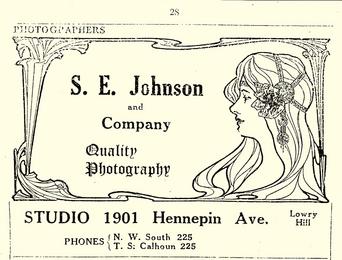 ​Immediately he began the complicated process of getting “Fiasco” printed up and on the market and at the same time began a second book about a local brewery called Legend of the Brewery. “Fiasco” was published in March 1998 and “Legend” was published in November of that same year. But it was only the beginning. Promotional copies of both books were sent out to members of the media for review and publicity, events were held at bookstores and Studio Z-7 even began a campaign of paid advertising in a California-based publication called The Book Reader to expand interest beyond the Midwest region. 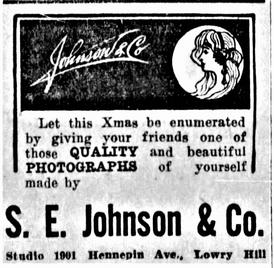 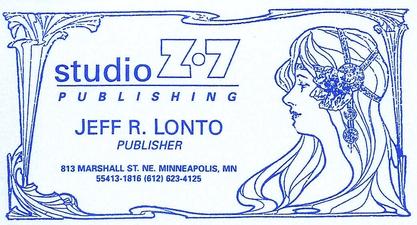 “I first put a sign on my door that said ‘Studio Z-7’ in 1988,” Lonto says. “I lived in the basement of a townhouse with a bunch of other guys upstairs, and I wanted to make that my own studio/art gallery. I wanted to be a graphic artist and was making my own psychedelic posters in addition to writing stories and Bob Dylan-inspired poetry that I dreamed of publishing one day…Later I moved to an old house in Minneapolis and came up with the name Studio Z-7 Productions with the intention of using that to encompass my creative endeavors.”

Why Studio Z-7? “Initially I thought of calling it ‘The Studio’ after Andy Warhol’s The Factory, but thought it sounded generic, so I added ‘Z-7’ from the old Pennzoil commercials that touted ‘Additive Z-7.’ So essentially ‘Z-7’ was my own additive.”​​

Years ago, we discovered ads circa 1912-1913 for a Minneapolis photographer named S. E. Johnson and Company, located at 1901 Hennepin Avenue, and decided the image, which we dubbed "Bohemian Girl," would look good on business cards for Studio Z-7 Publishing. She reflects the free spirit of who we are, and inspires us. She hasn't been used much in recent years, but upon discovering another ad from that photographer using another variation of her, we are inspired again.

As for the man with a baseball cap that we've sometimes used as an avatar in social media, he was an obscure cereal box character on a long defunct product called Kellogg's Pep.