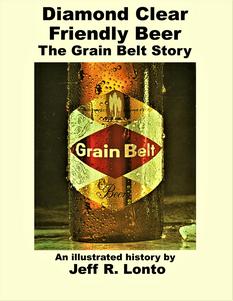 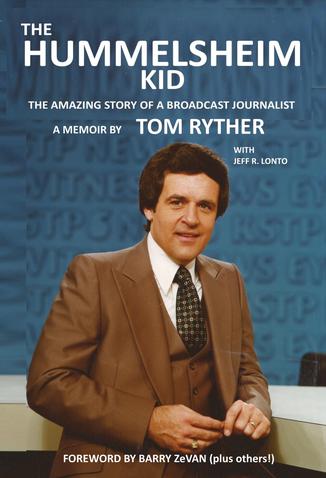 TOM RYTHER had a career in news and sports journalism that spanned 36 years, meeting some amazing people and putting him at the center of big events. Starting in radio, he moved into major market television in St. Louis, Minneapolis-St. Paul and Cleveland, as well as one of the major networks.

Now retired, he tells his story from his humble, working-class beginnings on Hummelsheim Avenue in St. Louis to big-time television and beyond, offering a revealing, un-sugarcoated and sometimes brutal assessment of the broadcast business, from a career that lasted almost four decades.

A history buff, Tom traces his family history back to the beginnings of America, and from there tells of his childhood in St. Louis, his journalism studies at the University of Missouri, his military service, and a decades-long broadcast career that put him in the center of big events, where he met some amazing (and infamous) people, including athletes, entertainers and newsmakers. He also tells of how his career came to an abrupt end, leading to a landmark age discrimination case that made its way to the United States Supreme Court.

The Hummelsheim Kid is a trade paperback, 6” x 9”, 132 pages with black and white photos.​

THE HUMMELSHEIM KID  is a media history, a sports history and an American history. It includes Forewords by Barry ZeVan the Weatherman, Ron Yary of the Minnesota Vikings and other friends and colleagues of Tom Ryther. ​

Tom Ryther is a truly unique character….with a style all his own….colorful, creative, emotional and always willing to go toe-to-toe with anyone. He is a man of many talents and interests ranging from his feats on the baseball diamond, his success and flair as a TV anchor, to his research and expertise on the life and times of Jesse James. But most of all he has been a loyal and true friend.

​I was fortunate enough to witness Tom Ryther’s Award Winning career in an era when most TV sportscasters focused on features and scores. Ryther wanted, and got real news, not fluff, and that made him required viewing in Minnesota for 20 enlightening years. Wish he were still working…I would still be watching.
Charley Walters
Sports Columnist, St. Paul Pioneer Press

The Amazing Story of a Broadcast Journalist

A Memoir by TOM RYTHER

with Jeff R. Lonto, Foreword by BARRY ZeVAN (plus others!)