Published in 2007. Beginning in 1992, Twin Cities broadcast historian Jeff R. Lonto has been a contributor of unique, interesting and often hilarious tales about local radio and TV in his “It Happened On the Air” column for the Pavek Museum of Broadcasting, one of the premiere broadcast museums in the United States. This book is a compilation of those articles, reprinted for the enjoyment of anyone who recalls the call letters, the personalities, the programs and the nostalgia of old time radio and TV in the Twin Cities, including…​

…and much more. Stay tuned. It Happened On the Air 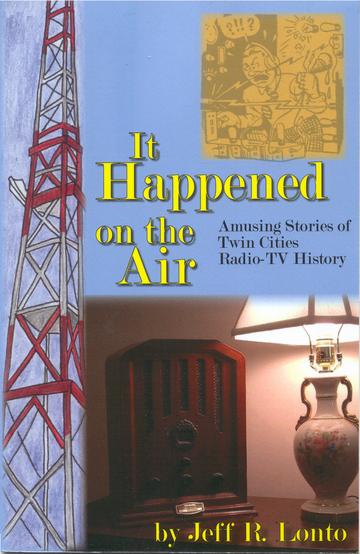