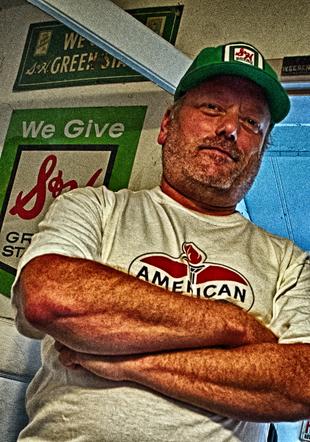 Soon he published a second book, a history of the Grain Belt brewery in Minneapolis called Legend of the Brewery. This lead to interviews on Minnesota Public Radio, KARE-11 News, the Fox 9 KMSP morning show, and even WWTC Radio. He has been invited to speak at events at or near the Grain Belt brewery from time to time as well.

In 2007 he published a third book, It Happened on the Air, a compilation of his Pavek Museum Newsletter columns, and in 2010, his first version of Chronicles from the Analog Age, a book covering a wide range of 20th Century pop culture topics, was published.

In addition to his books, Lonto has written and had published a number of print and web articles, which have been referenced in a number of places. In 2000, the original version of his web article "The Trading Stamp Story," published on a now defunct website, was referenced in the New York Times ("Clicks, Not Licks, as Green Stamps Go Digital" by Michelle Slatalla, March 9, 2000), and more recently, the revised version on studioz7.com has been referenced in the Rochester, New York Democrat & Chronicle ("What Ever Happened To...trading stamps?" by Alan Morrell, July 21, 2015) and in an ebook, "Let's Close a Deal: Turn Contracts into Paying Customers for Your Company, Product, Service or Cause" by Christine Clifford (2013), National Public Radio's "Planet Money," as well as Wikipedia.

As a media historian, Lonto's published articles were referenced in the print book "Media Tales: Stories of Minnesota TV, Radio, Publications and Personalities" by Sheri O'Meara and Martin Keller (D Media, Inc., 2007), he was a contributor to a radio industry print book called "Ain't Misbehavin' Just Conclavin" (Billboard Radio Monitor, 2005) and in 2014 he was invited to give a presentation to the St. Paul Radio Club Annual Banquet at the University of St. Thomas in St. Paul, on the history of broadcasting in the Twin Cities area. The transcript of the speech was published in an ebook, Twin Cities Broadcasting in the Analog Age.

More recently, Jeff Lonto has published an ebook collection of short stories (some of which he originally wrote years ago) called Old Snapshots--Quirky Short Stories from Out of the Past. He has been a contributing writer for the online Minneapolis Happening magazine, and Pixable.com, he has given presentations about brewery history and collectibles at the Minnesota State Fair and the Autum Brew Review (a craft beer show in Minneapolis) for the Minnesota Craft Brewers Guild, and he occasionally posts something on Jeff R. Lonto's Chronicles from the Analog Age Blog.

​Jeff R. Lonto is a writer, publisher, blogger and historian residing in Minneapolis, Minnesota. His first published article, a history of Minneapolis-St. Paul television stations, appeared in a small local tabloid called the Hornet (printed on yellow paper, of course) in September 1985, courtesy of his friend and mentor, Darrell Mulroy.

In the 1990s he wrote a regular feature for the Pavek Museum of Broadcasting Newsletter called "It Happened on the Air," chronicling various aspects of broadcasting history. In 1997 he founded Studio Z-7 Publishing, and in 1998 he published his first book, Fiasco at 1280, a behind-the-scenes story of Minneapolis radio station WWTC. Springing off of that, he hosted panel discussions featuring former personalities from that station, and was invited to discuss the book on WCCO Radio's Tim Russell Show, and on, of all places, WWTC Radio.