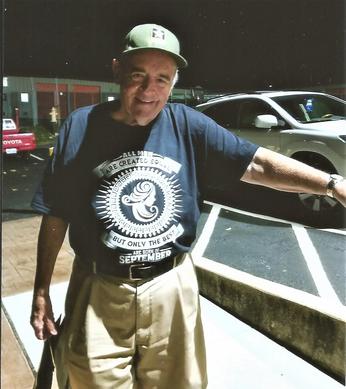 Tom Ryther is a former television personality and news & sports journalist. Starting in radio in the 1960s, he did television news and sports in cities such as St. Louis, Minneapolis-St. Paul and Cleveland. He is now retired and living the good life in Minnesota.

In 2009 he sat down with Studio Z-7's Jeff R. Lonto and talked about his television career, resulting in an article on this site called The Ryther Factor. A decade later, he wrote his memoirs, going back to his family history, his childhood in St. Louis and on into his career in broadcasting and beyond, in a book published by Studio Z-7 called The Hummelsheim Kid.

Now in his 80s, Tom Ryther has had a full life and he's still going strong.